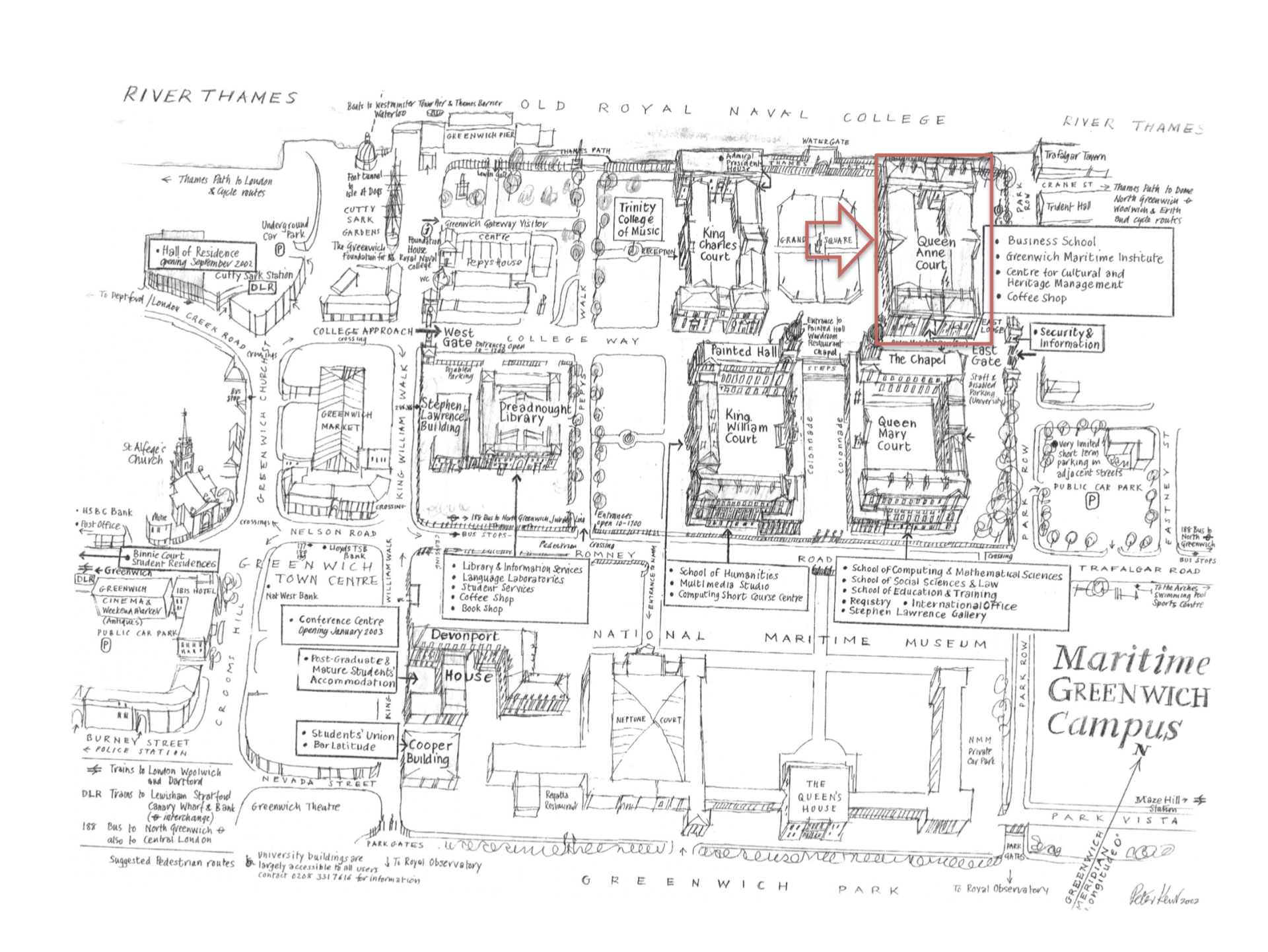 The University of Greenwich has very kindly provided a lecture theatre on the ground floor of the Old Royal Naval College campus, which can be accessed either from the Grand Square (shown by the red arrow on Peter Kent's drawing above) or from within Queen Anne Court.

Nominations are invited from members who would like to serve on the Executive Committee and who would be willing to stand for election in the event of competition for the seven available posts. Nominees must be members of the Greenwich Society.

Nominations should be sent to the Honorary Secretary

Members are invite to join the Executive Committee for a drink in the lobby of the lecture theatre after the business meeting.