The Planning Sub-committee's main tasks are to consider, and make recommendations to the Executive Committee on, all major plans and planning policy documents; to obtain timely information on the regeneration and development policies of bodies such as the London Borough of Greenwich and the Mayor of London’s Office; to maintain close links with such bodies and with developers of major new projects; and to bring positive and constructive influence to bear in all these areas, including, where necessary, taking action on eg specific planning issues where this is necessary and desirable. The Sub-committee also considers major planning applications within the Society's area. 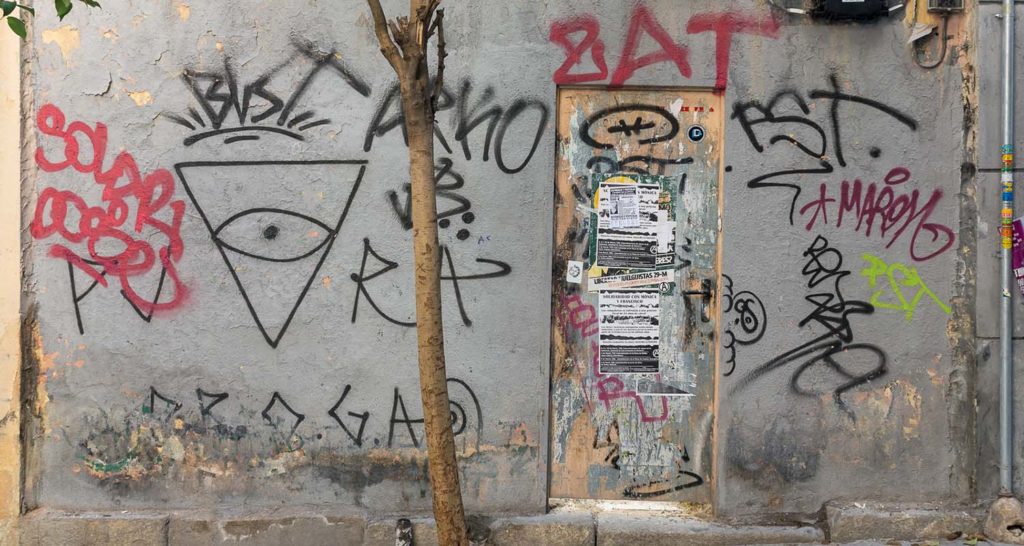 The Society has been campaigning for several years to remove the unsightly markings of graffiti on walls, fences and street furniture in East, West and Central Greenwich. Since March 2001 it has actively involved volunteers in removing graffiti, and over 40 people have been taking part in some 'direct action' sessions, using some materials provided by the London Borough of Greenwich and some from a budget provided by the Greenwich Society. We have received very positive responses and co-operation from businesses and small shops affected by defacements to their property, as well as from the many residents (owners and tenants) who have suffered from this kind of criminal damage to their homes. We have received some donations and would welcome others. Many areas are now largely graffiti-free, and others will be tackled as more volunteers from other areas make themselves available to help.

It is very satisfying work in that it makes an immediate difference to the environment. It makes walking through the streets and public places a good deal more pleasant for residents. We believe visitors to Greenwich will also enjoy their visit more as a result of the care taken with the built environment around us. Of course some sites do get marked again within weeks, but this is not true of the vast majority of areas that have been cleaned, which remain unmarked. We also have a good monitoring system so that any new defacements can be tackled as soon as possible - since graffiti is a highly imitative behaviour, and keeping areas clear is the best way of preventing further damage.